Sorry for the delayed update, got lost while traversing the mysterious webway. This post will be divided into two parts; Troops #1 Update and Troops #2.

I have probably mentioned that I only have 10+5 Dire Avengers in my current disposal that in need of some refurbishing. The realisation of entering only the Troops choice and not the Dedicated Transport came too late. Since I have spent too much time on the Wave Serpent, I had to use the 25% breathing space as my first entry. These were my entry.

If the Dire Avengers above looked familiar, perhaps you might remember this one below. They're the same squad. 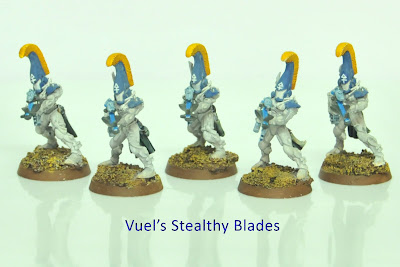 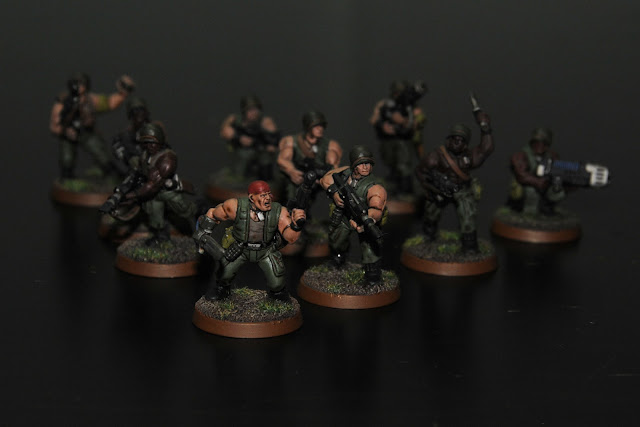 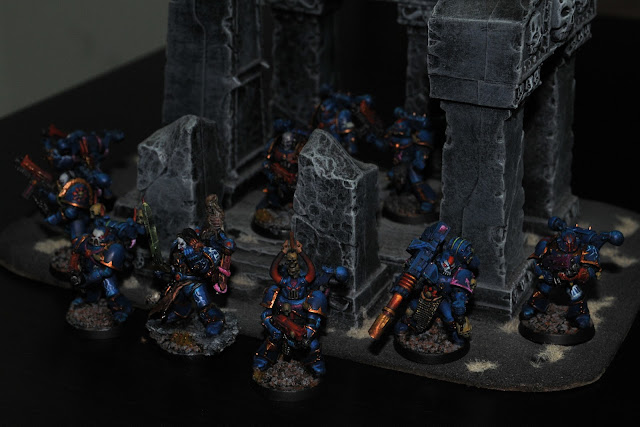 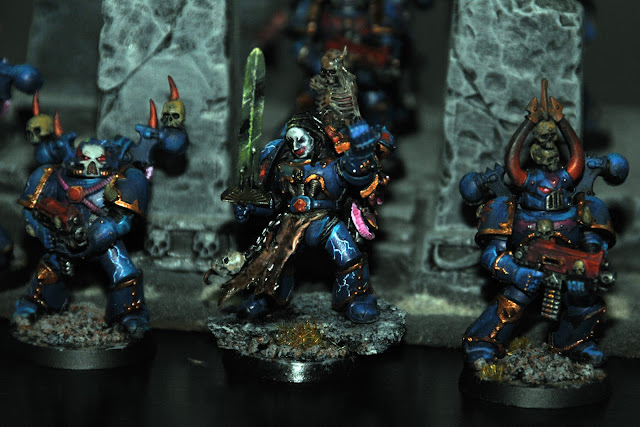 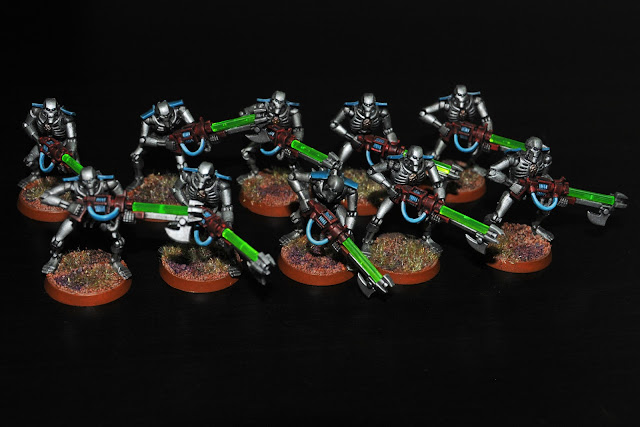 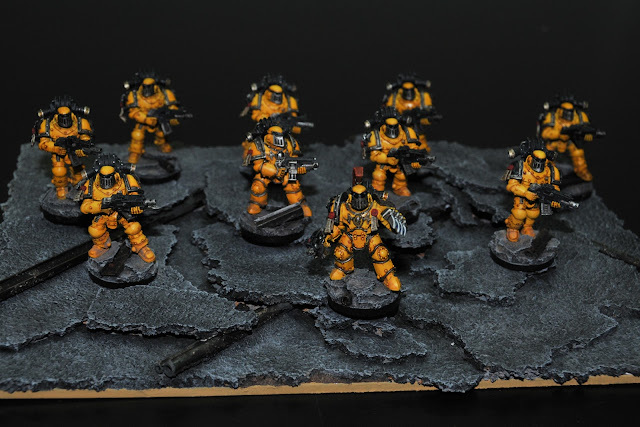 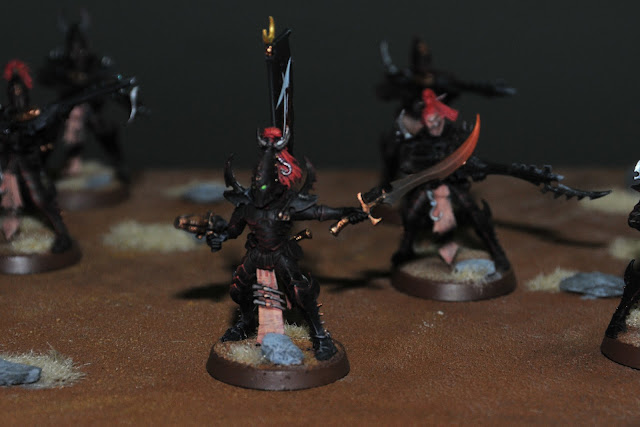 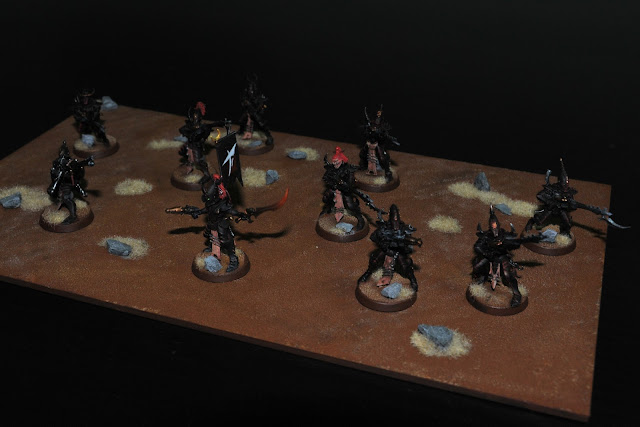 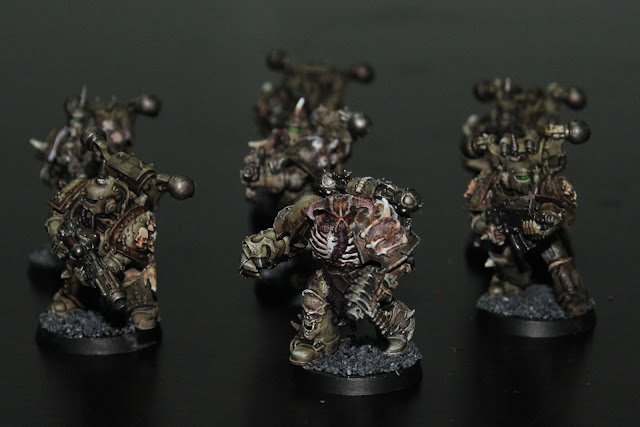 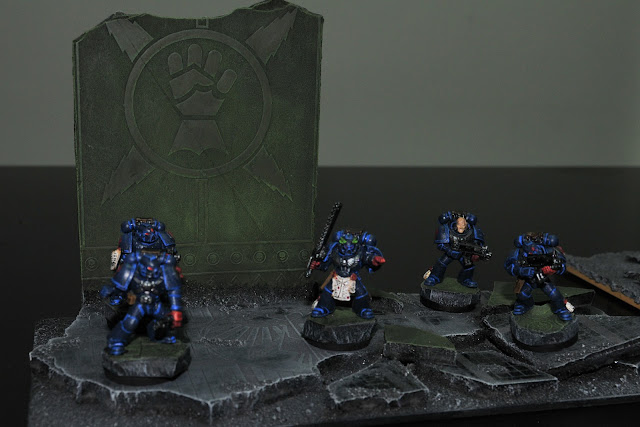 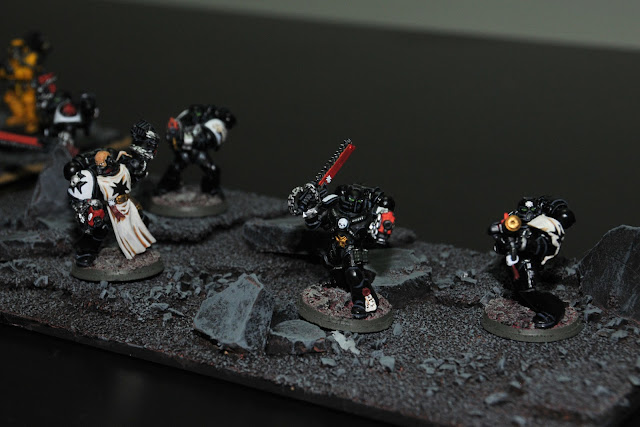 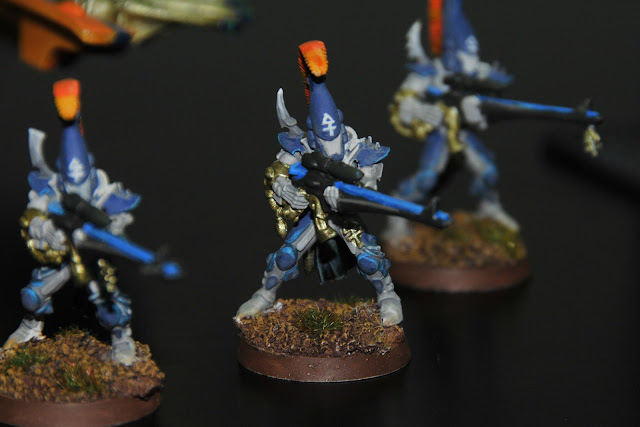 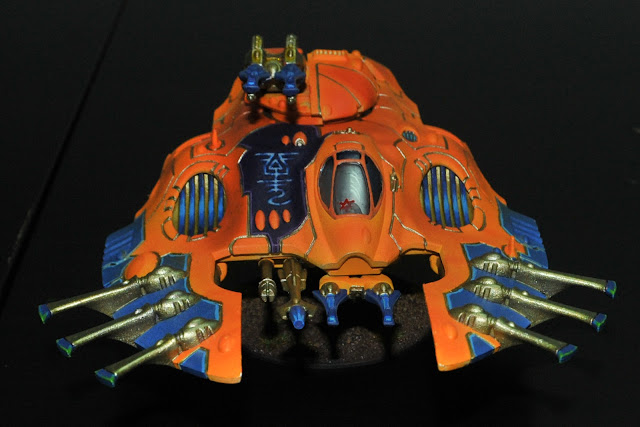 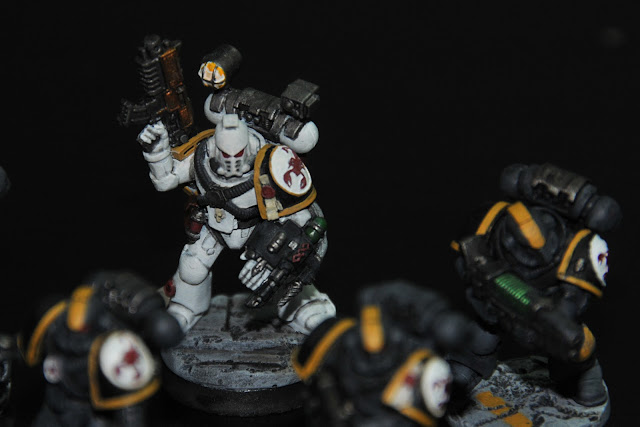 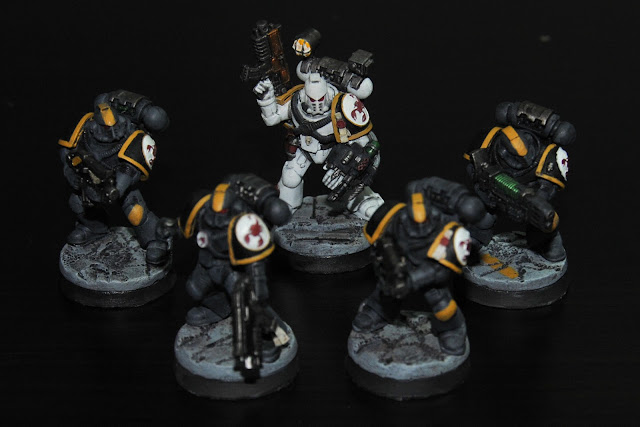 The second Throwdown was held simultaneously with the start of 40K League Season 4. It has been two (or is it three?) years since we had the League, and so the excitement was really high. It was so high that I inadvertently left my camera on my bed at home. Fortunately, Shukur was around to snap those awesome pics of the Throwdown. You can check them out here, here, and here. Kudos to Goh for winning the second Throwdown, and I must say, the level of painting has raised another bar in a mere two weeks time.

My entry was another Dire Avengers squad, but this one has a slightly inverted colour scheme to the one I entered before. Here they are.

So, what am I up to for the next Throwdown: Elites? I have these below, and by logic, the Plan A should be the Harlequins (at least five). Plan B will be Fire Dragons, as many as I can churn out. 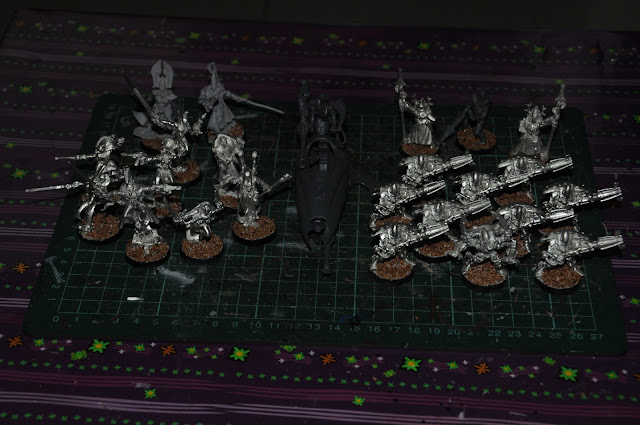 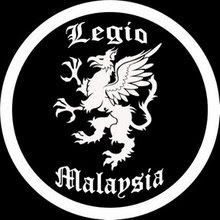